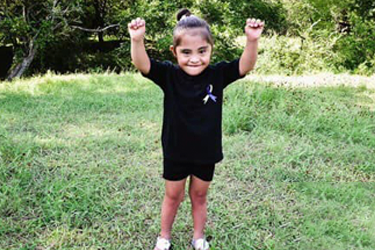 Jocelyn is 6 years old, has 3 older brothers & daughter of Jocivus & Raquel Lopez. She was diagnosed with Acute Lymphoblastic Leukemia (ALL) on September 3rd 2019. Her leukemia was progressing fast so treatment was started right away. She had a very long & difficult start. She had to be put on a ventilator 3 times during her 6 weeks in the Pediatric ICU. She finally improved enough to be moved to the children’s oncology floor where she stayed off & on for the next 6 months of treatment. During that time she had to have her port replaced due to continuous infections. She started her maintenance phase in late May, during that time she’s had a few infections that has put her in the hospital for a few weeks each time. Due to her compromised immune system the family has been in isolation for quite some time now.

Her parents are very grateful & blessed to have an amazing community come together to show their support for her. She is truly a blessing & a fighter. They still have a long road ahead but with God’s strength they can get through it together. 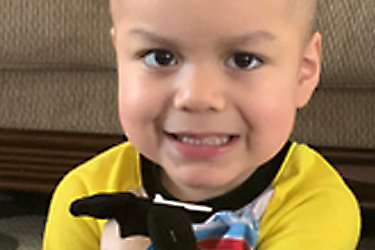 September has always been a month we celebrate and look forward to as a family.   Life changed for us last year when our four year old son, Pete Joseph, was diagnosed with Pre-B cell Acute Lymphoblastic Leukemia on September 23, 2019.  Events such as birthdays and wedding anniversaries all seem so trivial compared to your little boy fighting for his life. The thought of him suffering from something as severe as Cancer never once crossed my mind. PJ has always been a healthy ball of energy. It started with him telling us that his bones were achy and broken.

As parents of a young growing boy, we assumed the joint pain he was complaining about were just common growing pains.  Then all of the sudden our little ball of energy was tired. Always tired.  Strange symptoms began to surface such like bruising and then nosebleeds.  I knew something was seriously wrong when PJ woke up in the middle of the night crying that it hurt to breathe.  We rushed him to an urgent care facility.  They X-rayed his lungs and examined him but couldn’t give us any answers. We followed up with his pediatrician who advised us to take PJ to the ER for more testing.

The concerned look on our doctor’s face should have told us everything, but I continued to hope that PJ had a simple infection that antibiotics and rest could cure. The Nurses and techs at St. Joe’s ran all sorts of tests.  Within a few hours the doctor told us PJ needed to be transported to Texas Children’s Hospital in Houston.  He gave us no answers and no diagnosis.  When they loaded up my baby in the ambulance, I knew something big was happening in our lives.  I needed to hold myself together and stay strong for PJ.  I prayed and ask God for strength to lead me and my family.   I could not believe that my little sunshine was being transported by ambulance a couple hours away.

A few hours and lots of testing later, a dozen doctors crammed into our room to deliver the news that no mother ever wants to hear: “Your son has Leukemia.”Since that day it’s been a whirlwind for our family.  PJ’s Hematology team immediately scheduled chemo therapy blood transfusions. Once his port was in place the reality set in.   We had no choice but to accept the battle ahead of us.  This September, we have a new reason to celebrate.  PJ is in remission.  Our prayers are being answered every day- even with all the obstacles and treatments ahead of him.  Our sweet loving son remains positive and energetic.  We believe PJ will overcome this battle and claim victory in the name of our steadfast Lord and Savior, Jesus Christ.  As PJ says, “Jesus is always by my side, Mommy!” 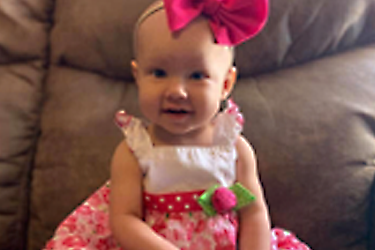 On November 8, 2019, Zoey had her normal four-month check-up. During the visit, her doctor noticed that her liver seemed large and ordered that she have an ultrasound exam. Five days later on November 13th, the ultrasound confirmed the doctor’s suspicions; her liver was indeed large due to a tumor. Zoey was immediately sent to Methodist Children’s Hospital in San Antonio where they started running a bunch of different tests. Zoey was diagnosed with Stage 4, High Risk Neuroblastoma with a MYCN gene amplification.

Neuroblastoma is a cancer that develops from immature nerve cells that normally shows up on the adrenal glands. Zoey’s left adrenal gland and her liver were full of tumors. Zoey had less that 5% of the cancer spread into her bones. Zoey started treatment on December 2, 2019. She has completed 6 rounds of chemotherapy and two Stem Cell Rescues since then. For each stem cell rescue, Zoey received very high doses of chemotherapy, and then was given back her own stem cells to help her body recover. She spent roughly a month in the hospital for both of those. She was discharged on July 29, 2020 after finishing the second rescue.

Zoey will begin radiation at the end of August or beginning of September. After radiation, she will move onto the Maintenance Phase of treatment where she will receive 5 rounds of Immunotherapy. 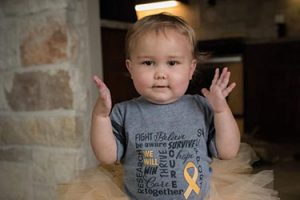 On September 1, 2019, Jordan spiked a very high fever. Over the next few days, she became uncharacteristically lethargic, gradually refusing to eat or drink. Unable to keep her fever under control, and hoping it would be the flu or a viral infection, she was taken to her pediatrician, where she underwent lab work for a fever of unknown origin. A phone call revealed Jordan's lab work was very abnormal and she was rushed by ambulance to Texas Children's Hospital.

After additional testing, it was revealed that this sweet baby had leukemia, specifically Pre-B Acute Lymphoblastic Leukemia. The diagnosis was made September 9, 2019. Jordan is always brimming with personality, possesses an infectious smile, and has never met a stranger. She loves  playing with her sisters, her puppies, cat, books, balls, and playing outside on her swing, slide, and trampoline. 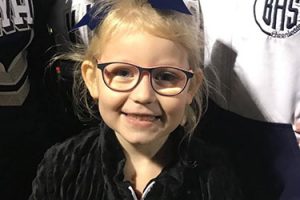 Aisley was a happy, healthy five year old kindergarten student when she was diagnosed with B-cell Acute Lymphoblastic Leukemia on November 23, 2018. Aisley had been complaining of pain in her left leg on and off for about a month. The pain seemed to be worsening over the Thanksgiving Holiday, so she was taken to the emergency room just to rule out anything serious. Blood tests done that day revealed the devastating diagnosis. Blood cancers like leukemia have a very good long term survival rate, but they are unique in their very long and very intense treatment plan. 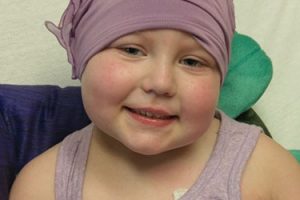 Aisley recently completed her first 12 months of a 2.5 year chemotherapy treatment plan to permanently rid her body of cancer. The chemotherapy is working to keep the leukemia at bay, but it causes many difficult temporary and long term side effects. Despite every obstacle, AIsleys takes it all in stride. She loves all things unicorn and Barbie, and cannot wait until she can return to school to be with her friends. 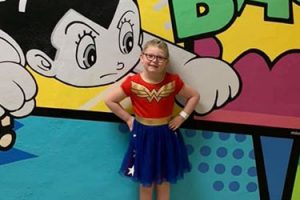 Aisley Update: Aisley is officially 1 year in to this cancer journey, now in the maintenance phase. This phase includes daily oral chemo, monthly clinc trips for counts, IV chemo every three months with lumbar puncture chemo. She has had her share of ups and downs, but we are happy to report her walking is recovering, she is now without braces or walker, she is doing well in school, and hair is coming back thick and beautiful. 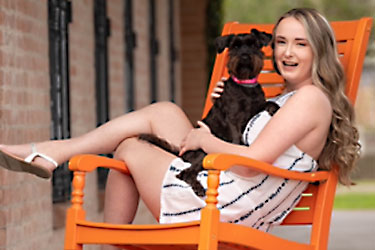 In August 2014, at the age of 13, Kaitlyn was diagnosed with Acute Lymphoblastic Leukemia. Prior to that summer, she was an athletic teen who played competitive volleyball and ran track. Her 2+ year treatment regimen required that she endure daily chemotherapy, causing her to miss her entire 8th grade school year and sidelining her from the sports she loved.

From the start, Kaitlyn dove into her role as childhood cancer advocate. She hosted blood drives, supported her area’s local efforts with St. Baldrick’s and helped create a childhood cancer awareness license plate for the state of Texas. She has been recognized twice on the floor of the House and Senate in Texas for her efforts and in 2015 her congressman shared Kaitlyn’s story on the floor of the House in Washington, DC.

Her treatment finally ended in November 2016, but was immediately followed with surgery. The long-term steroid usage required to treat the cancer caused permanent damage to her hip. A full hip replacement has helped her resume life, but sadly limited her activities and she hasn’t been able to return to the volleyball court or track. Throughout treatment, Kaitlyn excelled in school and maintained her GPA. She is now a member of the National Honor Society. (Note: funds raised from the 2018 tournament were donated to St. Baldrick's in Kaitlyn's name.)

Kaitlyn Update: Katiyln started her freshman year of college with the Fall 2019 semester, and continues to be a childhood cancer advocate.